She’s going to war for the whales 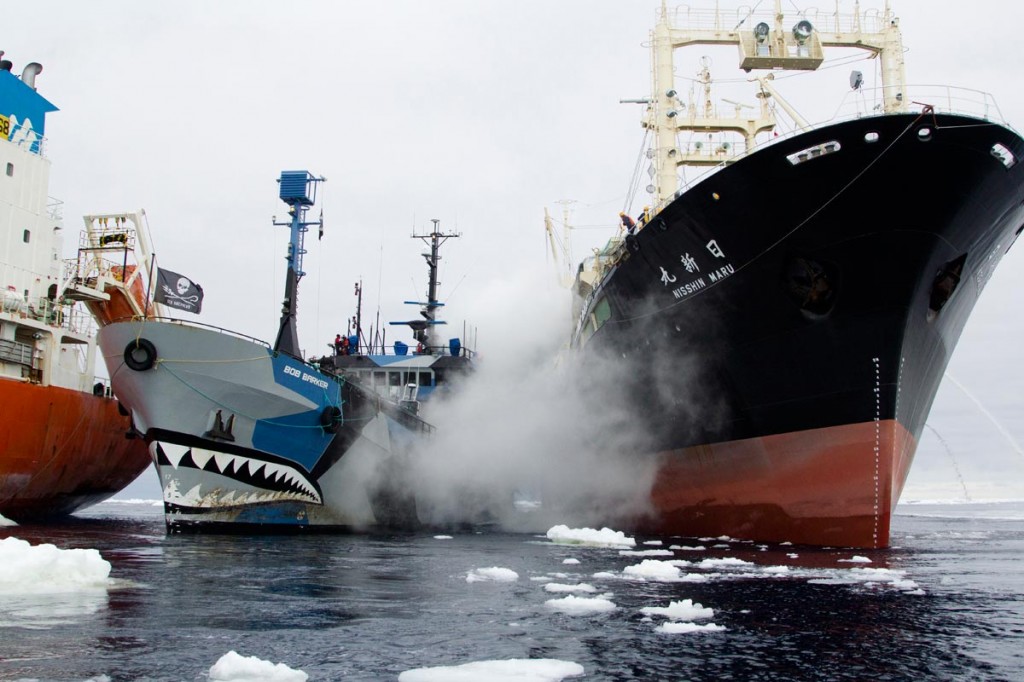 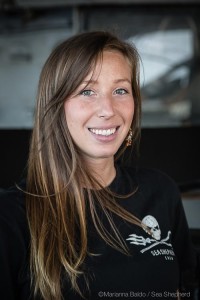 At an age when many former classmates from her Sandpoint High class of 2007 are starting careers or families, Katie Adams, 25, is pursuing a different passion. It’s one that includes no money but plenty of tense showdowns at sea with angry Japanese whalers off Antarctica.

For the past 18 months Adams has been a volunteer crew member on the Sea Shepherd Conservation Society’s direct-action ship, the MV Bob Barker, with the mission to intercept the Japanese whalers and insert their ship – and lives, potentially – between the whalers and the whales. For the past five seasons, the Sea Shepherds’ fight to save whales has been featured in the “Whale Wars” series on Animal Planet.

Adams, an honor student during her SHS days as well as state champion hurdler and soccer player, grew up with a menagerie of dogs, cats, ferrets and horses and developed a special love for animals; she became a vegetarian while still in middle grades at Sandpoint Waldorf School. After high school, she studied architecture, first at the University of Oregon and then at the NewSchool of Architecture and Design in San Diego.

But in spring 2012, after going back to study at Oregon, she decided to follow her real passion for animal welfare. She became an on-shore volunteer with a new Sea Shepherd campaign at the Bonneville Dam on the Columbia River to save sea lions that were being culled to prevent depredations on salmon. After helping launch that campaign, she got the call she really wanted – the chance to join the Bob Barker, sailing out of Australia to join three more Sea Shepherd ships in an effort to confront the giant Japanese factory whaling ship, the Nisshin Maru, in the whaling grounds off Antarctica.

Last November, after weeks of sailing maneuvers to locate the whalers, the Sea Shepherd fleet finally zeroed in on the Nisshin Maru – as well as a refueling ship, the Sun Laurel. But despite the shepherds’ efforts, one of the Maru’s three harpoon vessels managed to slip by to kill a minke whale. The Sea Shepherd captains turned their tactics to prevent the Sun Laurel from reaching the Nisshin Maru.

“We hoped we could stop them from refueling and send them home early,” said Adams. “There were nine ships and it was like a battlefield.”
Her captain gathered the crew to say they would be placing the much smaller Bob Barker between the two giant Japanese ships. “He said, ‘We’re positive they will ram us, and there is a good chance we could lose the ship. So if any of you don’t feel comfortable, we can move you to another ship.’ ” None of the crew took the offer.

The following day brought calm waters needed for refueling, and the showdown began. As the Bob Barker nosed in between the two larger ships, the Japanese initiated a series of collisions, ramming the Barker and forcing it to heel over so sharply it nearly capsized. Meanwhile the Japanese trained their water cannons on the Barker, attempting to flood her smokestack and damage her engines.

But the shepherds refused to back down, and after some tense hours, the ships separated. In fact, said Adams, in these direct actions the Sea Shepherd pledge is to never back down, even if it means sacrificing a ship. “The whalers have to know we’ll never back down,” she said. “Never.”
With the whaling season waning, five days later the Japanese attempted another refueling, and the Bob Barker again interposed and suffered more damage in violent collisions – but again prevailed. “After that they gave up,” said Adams, and the Sea Shepherd fleet tailed the whalers until they were well north.

Adams said she has argued with Americans who say the whale advocates should leave the whalers alone; however, she firmly contends the Japanese are flagrantly breaking international treaties governing whaling with a so-called “scientific research” harvest of endangered humpback and fin whales, along with the minke whales. At the same time, a rising awareness among Japanese of the plight of whales is diminishing demand for their meat.

“Every year the Japanese fleet gets weaker,” she said. “We are being effective.”
Adams was back on the Bob Barker, anticipating a November departure for the whaling grounds. As a deck hand, she puts in long days, and this year she is also a donation coordinator, helping to maintain the Bob Barker’s active Facebook page. And how long will she continue in the whale wars? “It’s the only thing I want to do,” she said. “It’s exactly what I want to do. I just want to continue.”

Learn more at www.seashepherd.org.au or connect to the MV Bob Barker via Facebook at www.facebook.com/SeaShepherdBob.“Whale Wars” Season Six is tentatively scheduled to air in December.