Trains: Danger on the rails 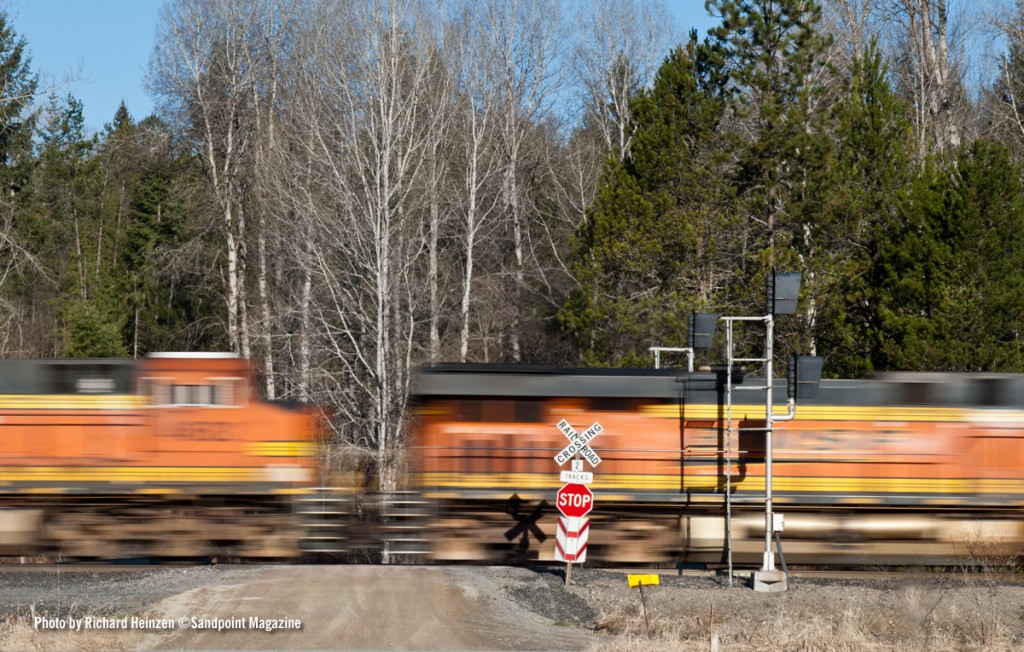 Drivers must remember: In any collision, the train always wins

One constant is sure in any type of train collision: The train wins. Motorists and pedestrians often lose at the cost of their very lives. Another outcome seems sure: Accidents are often precursors to railroad crossing upgrades.

With 144 railroad crossings in Bonner County and freight traffic projected to possibly double in this corridor, the threat is ever-present. At no time was that more evident than last November and December, when two young residents lost their lives at uncontrolled, highway-rail grade crossings in Elmira and Sagle.
Before Kayle Porter, 19, died at Elmira Road Nov. 27, the Idaho Transportation Department (ITD) had placed priority on upgrading crossings at Homestead, the site of another fatality, and at North Cocolalla Loop and East Dufort roads. Porter’s death bumped Elmira ahead for improvements this year, according to Ryan Hawkins, ITD traffic engineer for District 1. “I have to give BNSF a lot of credit. They really stepped up and want to help us with this crossing,” he said.
In total, only 19 crossings in the county are currently controlled with crossing arms. “The budget to remediate is not going to increase any time soon,” Hawkins said, adding that the statewide budget is only $2.5 million for rail safety each fiscal year, or about $500,000 per district. “If I spent 100 percent of the monies in Bonner County, neglecting the other four counties, and did not build any quad gate installations, it would take 62.5 years to improve every crossing in just Bonner County.” 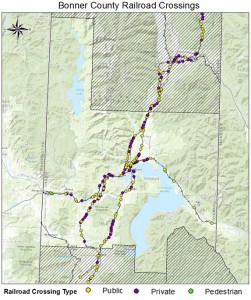 One of the more horrific accidents occurred on Algoma Spur Road in 2000, when three teenagers were killed. That crossing, the site of two other fatalities and one serious injury, had already been pegged for safety upgrades when Michael Caven, Donald Van Ness and Katie Gage were struck.

Not all accidents involve vehicles. Travis Carter, 17, was killed on foot in April 1996 at Whiskey Jack Road – a crossing that had been the site of a triple fatality in 1991. The double set of tracks finally received upgrades following Carter’s death. Another pedestrian, 28-year-old Erin Likkel, was killed in December 2012 as she walked along the tracks toward the Sandpoint Depot, where she intended to catch the eastbound Amtrak. A train can extend 3 feet or more beyond the rail, putting pedestrians who venture near tracks at risk.

Since Operation Lifesaver, a nationwide public information program, was introduced in 1972, train/motor vehicle collisions have declined 83 percent. Still, a person or a vehicle is hit by a train about every three hours, according to the organization’s website, www.oli.org.

Motorists are 20 times more likely to die in a crash with a train than a crash with a vehicle. The weight ratio is 4,000-to-1. A train engineer can do little else than blow a whistle – an average freight train traveling 55 mph takes a mile to come to a stop. As trains are ever-present around Sandpoint, motorists must heed the danger. As the Operation Lifesaver slogan says, “See tracks. Think train.”
Look up www.oli.org for safety tips and more information.