For Sandpoint Magazine’s silver anniversary, a stroll down memory lane 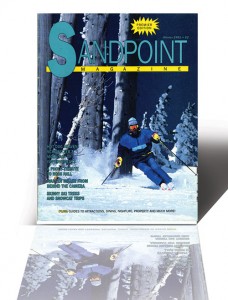 Weighing in at 32 pages, the inaugural Sandpoint Magazine, the Winter 1991 issue, was a first for our town: a color, glossy lifestyle magazine aiming to interest both locals and visitors. As we wrote in the “Before Word,” our two-paragraph raison d’être: “If it seems we’re stretching it to reach locals and tourists, let’s put it another way: This magazine is written for people who like it here. If we’re successful in what we do, Sandpoint Magazine will help you get more out of being in Sandpoint.”

Sandpoint Magazine arrived just in time to capture some local history. Just as the first edition was going to press, iconic photographer Ross Hall died and our first issue included a selection of his glorious photos. Our cover story was about Schweitzer’s seminal $14 million expansion that brought its first high-speed quad, new hotel and day lodge. That summer, writer David Gunter interviewed Gunther Schuller, the symphonic conductor and musical director at the Festival at Sandpoint whose life work included the Pulitzer Prize and multiple Grammies. Schuller died last June at age 89.

Those are a few of the memorable stories from just our first year. Twenty-five years on, with more than 2,000 stories now under our belt, there are far more fine ones than we can enumerate. But for our silver anniversary, we’ll try. Herewith are 25 favorites. 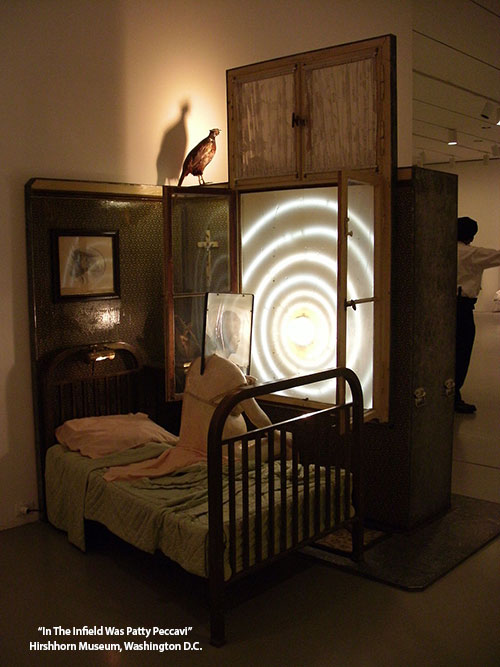 In Charter Contributor Susan Drinkard’s feature interview with sculptors Ed and Nancy Kienholz of Hope – among the most acclaimed contemporary artists in America – she  asked: Are your pieces political and social commentary?

Ed: “Politics are too cheap. We don’t use politics as a point of departure.” 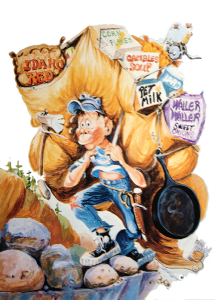 In the cover story by outdoor humorist Patrick McManus – one of Sandpoint’s most famous natives – he tells of adventures in 1949, at about age 16, when with a pair of pals he mounted a snowshoe assault on the summit of Schweitzer Mountain long before it became a ski area. The trio barely survived and managed to struggle out at dusk. Wrote McManus:

“As I tramped through the dark and cold, I became certain of one thing: Schweitzer was no place to be in the winter!” 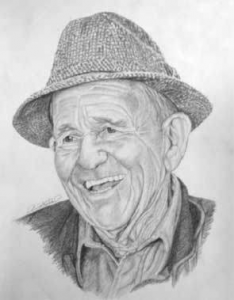 Pencil dust across time’s pages
Where some master scrawled his line
Let me etch one thought eternal –
Indestructible through time.
Free my thoughts from casual living
Let my soul say what it must
Leave me one worthwhile message
Captured there in pencil dust.

From the feature on 87-year-old poet Paul Croy, by Stephen Drinkard. Paul lived to the ripe old age of 92; among other books, he authored “Pioneer Pencil Dust.” Russell Keene, an inveterate canoeist whose 200-acre tree farm in Talache overlooked the big lake, in a story on the lake by Jane Fritz. His phrase stuck; Fritz went on nearly 20 years later to author the foremost book on the lake, “Legendary Lake Pend Oreille: Idaho’s Wilderness of Water.” 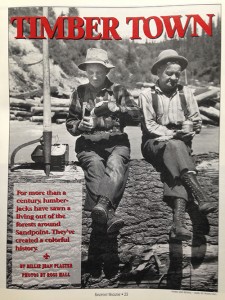 Even as the industry had passed its peak here, the cover story “Timber Town” by then associate editor Billie Jean Gerke told of the major role that logging played in Sandpoint’s history. But almost as a passing of the economic torch, the feature interview was with Dennis and Ann Pence, who founded Coldwater Creek 10 years earlier – at that time a dozen years away from becoming a $1 billion company before its demise. 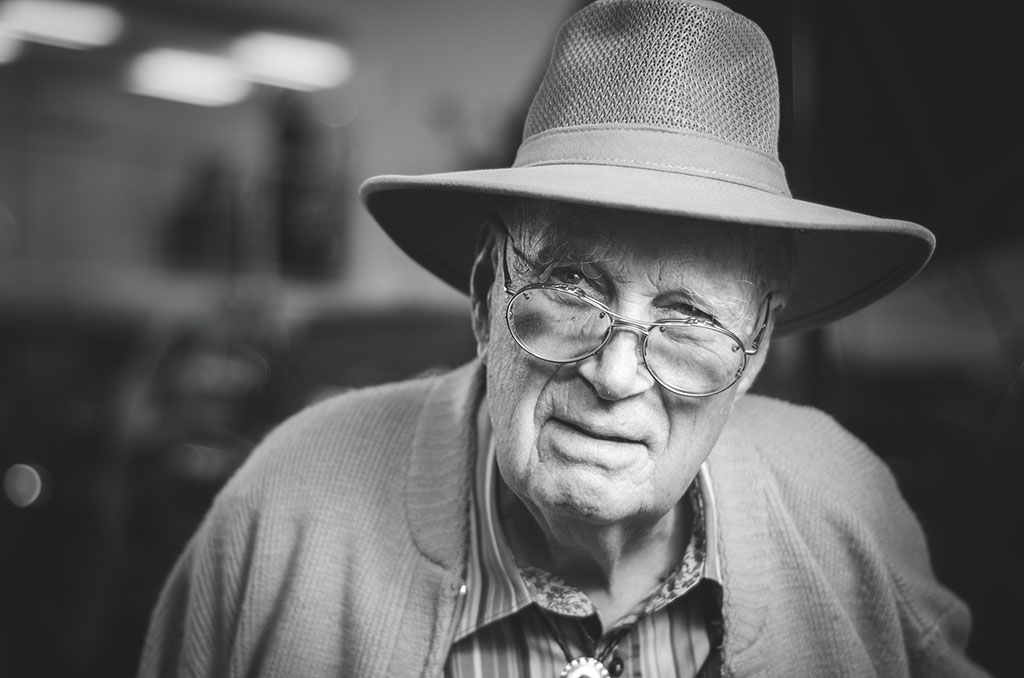 “I don’t think I’m really that eccentric.  I think anybody that doesn’t probably conform to everything, every day, might be called a little bit eccentric.”

Dr. Forrest Bird, renowned aviator and biomedical engineer, remarks with a laugh to a question about eccentricity. Dr. Bird died this past August at age 94. In a coinciding tragedy, his wife Pam Bird, cofounder of Bird Aviation Museum, died in an airplane crash just two months later. 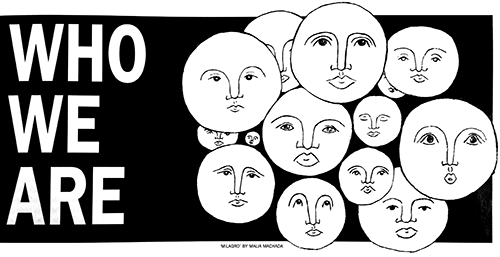 A sensational trial 1,500 miles away in Los Angeles sucked Sandpoint into its vortex when retiring LAPD detective Mark Fuhrman – a major figure in the O.J. Simpson trial then burning up the media – moved to Sandpoint and bought a house. The racial overtones of that trial coincided with a splurge of media about Aryan Nations founder and avowed racist Richard Butler and came a few years after white separatist Randy Weaver’s tragic standoff at Ruby Ridge in Naples. All this inspired the cover story by Sandy Compton, “Who We Are,” an exposition on tolerance and the character of Sandpoint. 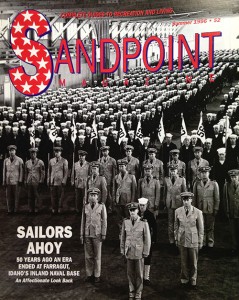 Writer and author Marianne Love’s cover story “Sailors Ahoy,” on the 50th anniversary of the decommissioning of Farragut Naval Base, probed the memories of World War II veterans who started their service at the nation’s largest inland naval training base, right here on Lake Pend Oreille. 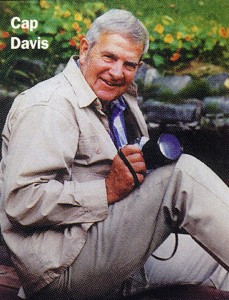 “The first trip I made with Ross was to the top of Wood Rat Hill overlooking Priest Lake. We packed his big old 10-inch panorama camera and spent a half-day clearing land so we could see the lake.”

From the cover story “An Eye for Sandpoint,” chronicling the 50-year career of Cap Davis. He was speaking of Ross Hall, his photographic mentor.

The cover story “Land of the Kalispel,” traced the ages-old history of the indigenous people here, the Kalispel Indians. For the feature interview, Detective Mark Fuhrman broke a two-year silence to talk about the O.J. Simpson trial, his new book and his decision to move to Sandpoint. Asked how the media was treating him now, after the firestorm of the trial, he replied:

“Totally respectfully. They would never dare come to my house or bother me on the phone … and why? Because they want something from me. And I’m producing something they want.”

“He looked at me and said, ‘You can if you will,” and then he turned around and walked away. And I’m going, ‘Can what? Will what?’ And it took me quite a while to figure out what he was saying. … If you have the capability, if you put the willpower and effort behind it, you can if you will.”

Former Sandpoint High Bulldog, Green Bay Packer great and NFL champion Jerry Kramer, on words of wisdom from his coach at the University of Idaho. Kramer returned to Sandpoint this past October to present an NFL golden football to his alma mater, Sandpoint High: He’s pictured here with Athletic Director Kris Knowles. The feature interview with Doug and Edward Hawkins, president and CEO respectively of Litehouse Foods, asked, “Do you have a vision?” Replied Edward: “You know it’s one of those things. In ’74 we decided to make something of this, but what was that ‘make something?’ I don’t know.” Today, Litehouse is the No. 2 fresh salad dressing maker in the country and one of the region’s largest employers. 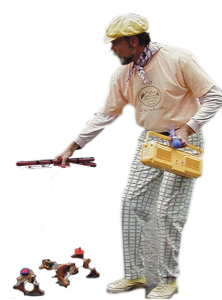 The Hooeyman, aka Sandpoint Duckman, aka Jerry Luther tells how he came into his improvisational street performance art, which sprang from a fascination in the early 1970s with the hooey stick toy whose small propeller changes direction seemingly when a knowing operator utters “hooey.” Revealed Luther: “It’s a slight hand trick that’s all in the fingers.” 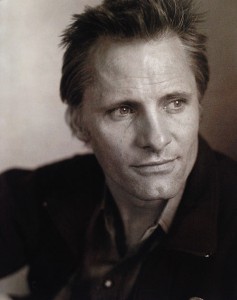 “I like North Idaho because the people mind their own business, and they’re not overly impressed. The people I tend to respect are those who show up on time, prepared, and respect their neighbors.”

The actor and part-time resident Viggo Mortensen in the interview about his work in the movies and his attraction to this area. 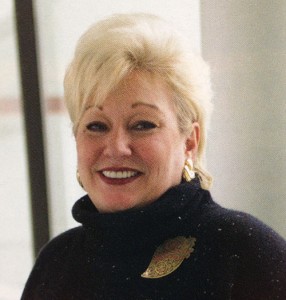 “I believe in following your passion. I had one of the first Barbie dolls that came out in 1959. I just wasn’t happy with the little clothes that you could buy, so I began making up my own outfits.”

Georgia Shonk-Simmons, then president of Coldwater Creek, on the genesis of her interest in fashion and the clothing industry.

“Until you have seen in person small children scavenging for food scraps in a dump, their feet burning from fires, compassion is difficult.”

Cofounding aviation designer and chief technical officer Tom Hamilton of Quest Aircraft tells how the inspiration to design the Kodiak plane for humanitarian efforts in poor countries was inspired by his experiences in Africa. 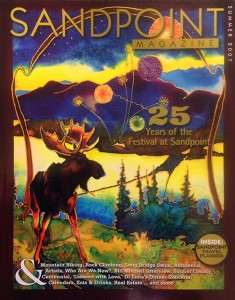 “A lot of small towns wouldn’t dream of doing something like this. It speaks to the power of community to not just pull it off but to make it thrive.” 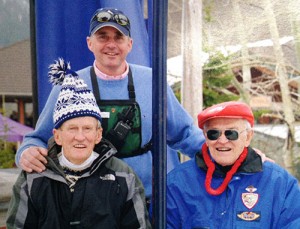 “It was a good idea that got out of hand.”

From the feature interview with Jack Fowler, the Spokane dentist who in 1960, while driving back from a ski trip in Montana, stopped in Hope and saw the big snow-filled Schweitzer basin across the lake. He came back that same season to hike into the basin and prompt the effort to build a ski area with, among others, timber man Jim Brown, architect Grant Groesbeck and then-Mayor Floyd Gray.

It was the bicentennial marking arrival of the first European to establish a presence here: Surveyor and fur agent David Thompson built a trading post called Kullyspel House on the Hope Peninsula in 1809. Recounting from Thompson’s journals, writer Jack Nisbet told of Thompson’s arrival:

“On September 8, they followed a trail down from Boyer Slough to the north shore of Lake Pend Oreille, first viewing the lake somewhere near Kootenai Point. Heading east from there, they soon bagged four geese, three ducks and a sandhill crane for dinner.” “The idea that you can do something that is relevant on a national and global scale in mobile and gaming – and live in the best place on Earth – is a great combination.”

Entrepreneur Charles Manning telling about the decision to move his company PlayXpert to Sandpoint, now morphed into Kochava, in the “Small Town, Big Ideas” story by Zach Hagadone. 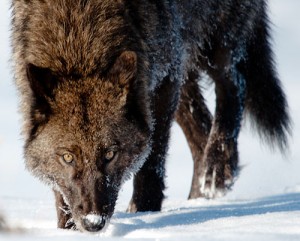 “We want every wolf blasted! Kill them ALL!”

“Wolves are by far the most beneficial and the least dangerous of all
the large predators.”

“Wolves are here to stay; there’s no doubt about it.”

Ranging sentiments on the return of the wolf to northern Idaho’s wildlands, from the cover story by Cate Huisman, “Wolves: Contentious Comeback.”

“I was willing to, if confronted, pop off shots not directly at people but, you know … (pauses). People who work at banks are trained not to oppose a bank robber … (pauses). But no, you’re right, you know. Bad things could have happened, and I’m just grateful nothing ever did.”

From the feature interview with former Soviet spy, bank robber and author Christopher Boyce, who hid in Boundary County as the nation’s most wanted fugitive before his arrest and 24-year prison term.

“I didn’t necessarily grow up with a love of trains, but living in Sandpoint for 38 years they’ve just been part of my life. The sound of them, the visual of them; it’s a very familiar thing when so many other things have changed in this town.”

Aric Spence, quoted in the cover package on trains ‘round here.

“If you want to make Sandpoint your home, just get involved, whether it’s your church or a group like Habitat for Humanity. You’re going to meet terrific people and you’re going to find your avenue that suits you, and you’ll make tons of friends.”

From the “Natives and Newcomers” department, 47-year-old local Jim Lewis’ advice for people who want to move here.