WHO WOULD WE BE WITHOUT THEM?

We are four-season people here in North Idaho. We work hard; we play hard. We embrace our hard winters as rites of passage, as proof that we are hardy enough to call ourselves North Idahoans.

When someone complains about the snow piling up, or the sun disappearing for days and weeks, there will always be someone quick to point out that there are plenty of easier places to live. But what happens when our hard winters pass us by? What happens when the promised cold, the expected dump of snow we rely on overlooks us as it did during the winter of 2014-15? Is it a sign of the seasons to come, or merely a reprieve in the never-ending cycle of weather?

How we get our weather

In a usual winter weather cycle here in the Northwest, winter storm systems move in from the Pacific Ocean, primarily from the Gulf of Alaska. These westerly winds are cooled by Arctic cold fronts and produce snow – sometimes quite a lot of it. We average around 70 inches of the white gold here in northern Idaho, but that number has been blown out of the water in the past decade with some amazing winters.

For three seasons, from 2007 to 2010, northern Idaho averaged over 100 inches of snowfall per year. Before that, in the winter of 1996-97, roofs collapsed all over Bonner County because of the incredible weight of the snowfall. It was not uncommon to see daily shovel brigades atop downtown Sandpoint business roofs working for upwards of $35 an hour.
These hard winters have a way of testing new arrivals. When folks fall in love with summertime Sandpoint and move to the area, they sometimes neglect to take into account the long, cold, gray winters that dominate this region. It’s not uncommon for one hard winter to scare them away, back to the more temperate climates of the coast.

One family that made the move recently and has stuck it out is Jen Jackson Quintano and her husband Tyler. When the Quintanos moved from the desert Southwest to a small cabin far out on Rapid Lightning Road in 2012, there was some trepidation for the winter to come.
“I had never lived in a place that had real winter before,” said Jen Quintano. “It was scary.”
The Quintanos spent their fall as many do in this area, gathering firewood and preparing for the long winter. 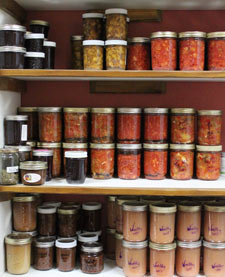 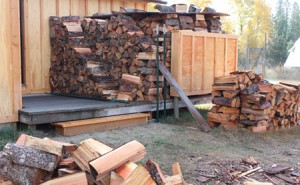 “We had no place to dry our wet wood, so we set up our PVC pipe and plastic dome yurt and carefully stacked it inside,” she said. “When the first real snow hit in December, our dome yurt, not surprisingly, collapsed. We spent the rest of the winter digging wet wood out from under a layer of ice, snow and plastic.”

This winter, however, the Quintanos have relaxed a bit.
“This year, winter feels abstract,” she said. “My body and brain aren’t telling me to gear up. We do have a bajillion cords of firewood, but that’s partly because we used so little last year.”

The Ridiculously Resilient Ridge and the Blob

What exactly has caused the warming trend that has forsaken northern Idaho of her winters in recent years? The last couple of winters, an auspicious sounding anomaly has predominated our winter weather systems in the Pacific Northwest, bringing above average temperature and below average snowfall. Dubbed the “Ridiculously Resilient Ridge,” this persistent ridge of atmospheric high pressure has sat off the Pacific Coast of the Northwest since 2012, wreaking havoc on our winter weather.

The ridge acts as a blocker for our usual winter weather, delivering more southwesterly flow into the northwest (vs. westerly or northwesterly) and moving our storms northward into Canada. Conversely, the downstream side of the wave has brought cold Arctic air normally earmarked for our region and pushed it off far to the east, cooling the Midwest and Eastern United States. In essence, our winter storm systems are being robbed from us.

“In the Northwest, we have been much drier and warmer than normal since early June,” said Coeur d’Alene meteorologist Randy Mann. “In the past few years, the ridge has been dominating California’s weather with drought and warmth. The ridge during those years was far enough to the south that moisture was riding up over the top and giving us some rain and snow. However, this year, the ridge has moved farther to the north and may stay in our region, for the most part, into the mid-winter season.”

It’s not clear what exactly formed this ridge. Some attribute the trend to climate change, but it’s more likely the ridge is a natural variability arising from unusual ocean surface temperatures.
The ridge of high pressure has also contributed to a mass of warmer water temperatures in the Pacific off the Northwest coast. It has been called the Blob (who names these things?). Over 2,000 miles in circumference, the Blob was first detected in 2013 and is expected to continue through the winter of 2015-16.

Since warm water is much less nutrient-rich than cold upwelling waters that were the norm off the Pacific Coast, the Blob has been held responsible for a reduction of marine life from salmon to sea lions. With both the high pressure ridge and the Blob gumming up the works, we have seen warmer, drier winters and hotter summers. According to Mann, with this winter’s El Niño system bringing less snow and warmer temperatures, there is a chance we could endure another off year. “We should see some snow,” said Mann, “but average amounts for the season are expected to be well below normal because it will likely be too warm.”

For skier and outdoor enthusiast Larry West, nothing short of a catastrophe would stop him from getting his 100-plus days of skiing every year at Schweitzer.
“My goal is to ski every day,” said West. “Every day Schweitzer is open, I want to be up there. My motto is ‘Forget a day of rest, accept no responsibilities, just ski every day.’ ”
West, an attorney from Spokane, lives atop Schweitzer Mountain every winter so that he can be closer to the slopes that dominate his winter activities.
“In the last six years, I’ve only missed 15 days of skiing,” said West. “In fact, in the last six years, five of the last six have been the best I’ve seen, and I’ve been skiing that mountain since 1964.” 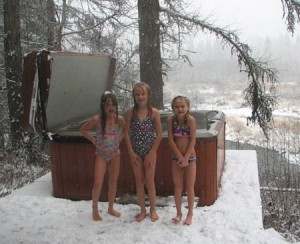 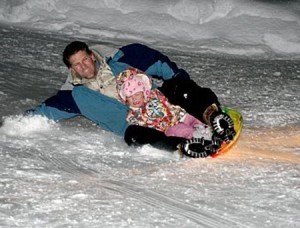 The oddly named Ridiculously Resilient Ridge means nothing to West. “I’m a ridiculously resilient skier,” he said. After last year’s dud of a winter, West hopes for the best in upcoming seasons. “It was the worst year I’d seen since I’ve skied there from 1964,” said West. “But Schweitzer’s got snow makers that saved our bacon and great grooming. They provided us with 121 days of skiing, which was only two weeks short of the usual 135 day season.”
For others, like Sandpoint native Lawson Tate, the dud winter has allowed him to focus on alternative activities that skiing usually dominated.

“We’re building our house,” said Tate. “Last winter was the most opportune winter to build a house because there was no snow. We only had to plow two times.” Tate has also taken up a new winter sport – hunting. Because of the milder season last year, less winterkill has resulted in an increase in game. “With less snow and a little bit milder climate, the hunting is better,” said Tate. “I can get out and go duck hunting and get into the hills and chase deer when they’re normally snowbound.” For Tate, however, the warming trends in recent winters have left a hole in his heart. “(A hard winter) provides a better opportunity of having those memorable adventures where all the roofs collapsed,” he said. “Or no school for a week, or the neighbors having to whip out their excavators and front-end loaders to get to the road. It robs you of the great white north.”

The winters yet to come

The winters yet to come remain shrouded in perpetual mystery. Will we get the snowfall that buries cars and closes roads? Will there be a return to the howling powder days atop Schweitzer Mountain? Or will this warming trend stick around? Part of living in northern Idaho is not only tolerating the hard winter but also loving it. Without it, we may as well live in San Diego. Just because we’ve been handed a few duds these past seasons doesn’t mean we’re any less hardy for it. 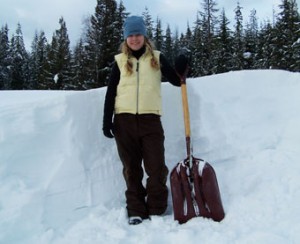 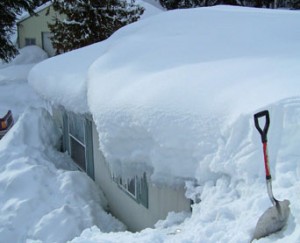 “I think you have to embrace the winter to live here,” said Quintano. “It won’t work to simply live for lake weather; your sun-loving soul would shrivel and die during the dark months if you do that. Unless you embrace the winter here, you are just visiting. I think wherever we live, we derive some sense of self from place. We are people that can endure months where the sun does not venture above the trees, evenings pin-balling the car down icy and deserted lanes, mornings post-holing to the outhouse, and days when we’re still lighting the wood stove in June. Without tough winters, what is to keep the riffraff out?”