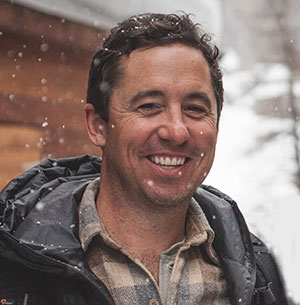 “Northlands,” a part-travelogue, part-history of America’s northern border due out in 2018.

It’s 5,525 miles long and touches three oceans, eight provinces and 13 states – all while constituting the longest international border that requires no military defense.

So Porter Fox has no shortage of material for his latest, monumental book project, “Northlands,” a part-travelogue, part-history of America’s northern border due out in 2018.

“It’s about life in the northern United States,” Fox said in a recent interview. “I’m just making my way from the East Coast to the Pacific, wherever the border ends.”

The research alone is a two-year project sandwiched between his regular assignments for Powder magazine and duties at his online magazine, www.nowheremag.com.

Already, Fox has traveled the northeastern border and the Great Lakes. He memorialized that piece of his journey earlier this year in a travelogue for The New York Times.

This fall, Fox is roaming the border from North Dakota, across Montana, North Idaho and Washington state. Where will he stop? What stories will he tell? He’ll let the journey unfold of its own accord, Fox said. “You’ll have to read the book to see where we ended up.”