A frizzy-haired man bends over his microscope under glaring fluorescent lights. A woman in a white lab coat carefully dips strips of litmus paper into a grid of test tubes. Too frequently our imaginations conjure up similarly outdated images of “scientists.” But another sort of scientist works in our mountains, lakes, rivers, and other habitats. Wearing fleece vests, hiking boots, or life jackets, they trek, paddle, photograph, measure, and participate in scientific research as citizen scientists. 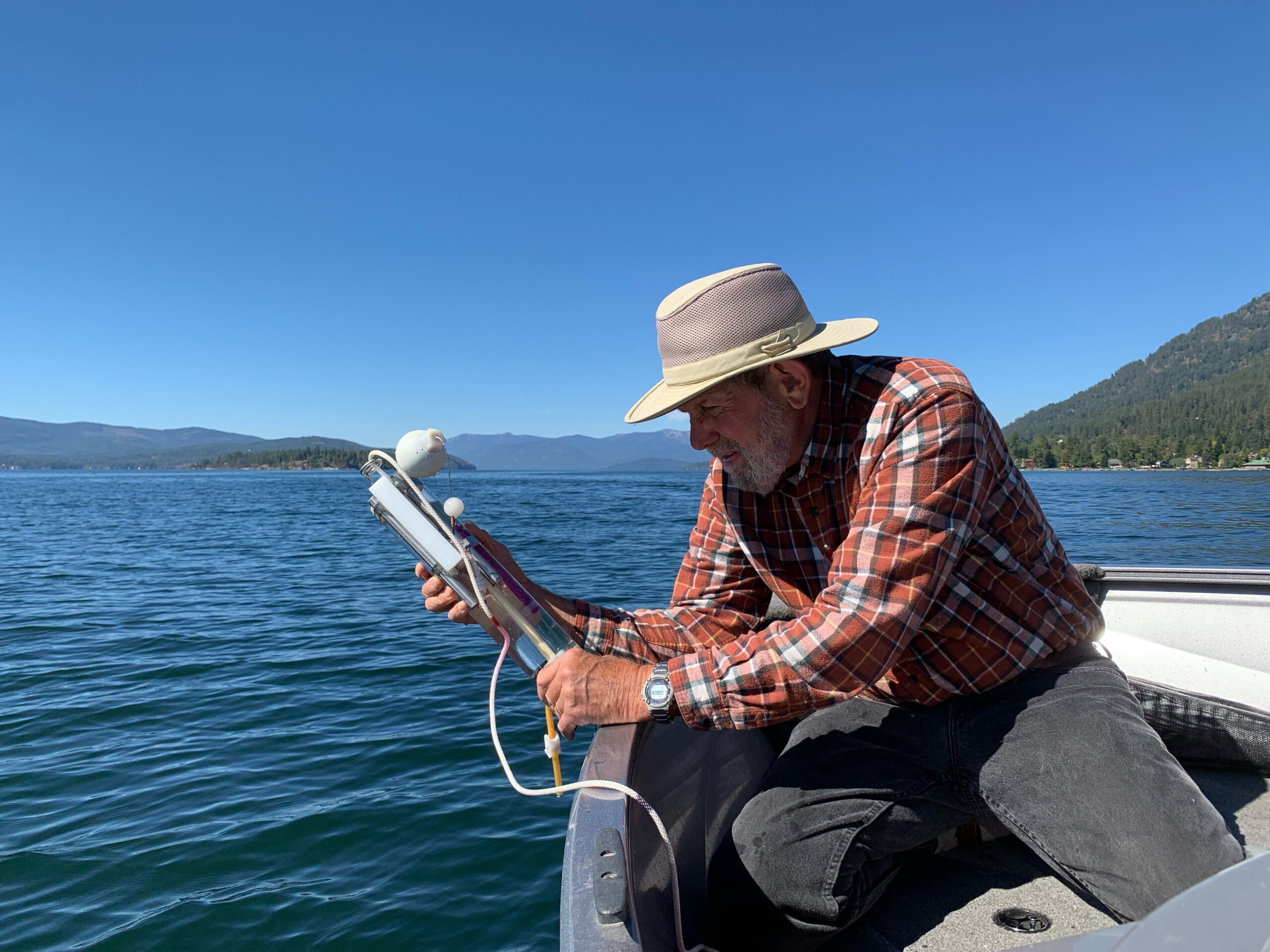 Definitions of Citizen Science vary, but CS is scientific research conducted in whole or part by amateur or non-professional scientists. Enthusiasm for CS is often motivated by local priorities, so data collection becomes a venue for advancing mutual understanding between professional scientific and local communities.

Although citizen scientists have been around for hundreds of years, easy-to-use digital devices have caused a boom in the CS world. A popular CS app, iNaturalist, registered over 29 million observations in 2021 alone.

Even more impressive is the 122-year old Audubon Christmas Bird Count, held continuously since 1900. During that time participants have observed over 4.5 billion birds.

Sandpoint’s most recent Christmas Bird Count took place January 4.  Coordinator Rich Del Carlo organizes count circles centering in Sandpoint and reaching out 14 miles. Small groups of participants, led by experienced birders, set up spotting scopes. Del Carlo said, “Looking through a spotting scope, especially for those with less experience, creates both interest and inspiration.” First-time participant Mary Toland agreed, saying “Waterfowl came to life before my eyes.” She added that the experience expanded her appreciation for birds and their habitat “far beyond my backyard feeder.”

All Bird Count information is shared with the national Audubon site. Recently, conservation ecologist Simon Butler reconstructed historical soundscapes using Bird Count data and recorded bird sounds. These reconstructed soundscapes allow researchers to track changes and, sadly, the degradation in bird-sound environments. In his ten years with the Bird Count, Del Carlo has noted a drop in the numbers of diving ducks observed.

For nine years, Sandpoint’s Lake Pend Oreille Waterkeeper’s Water Quality Monitoring Program has been conducted by a small brigade of citizen scientists coordinated by Associate Director Carolyn Knaack. The program provides data to regulatory agencies such as the Idaho Department of Environmental Quality so professional scientists in those agencies can track the health of local waterways.

This year, operation of the program will transfer to the Idaho Conservation League.

Once monthly between May and September, volunteers monitoring local water quality paddle or motor to 13 different sites on Lake Pend Oreille and the Pend Oreille River to collect samples. These citizen scientists attend a brief training session each spring to learn standardized collection techniques. 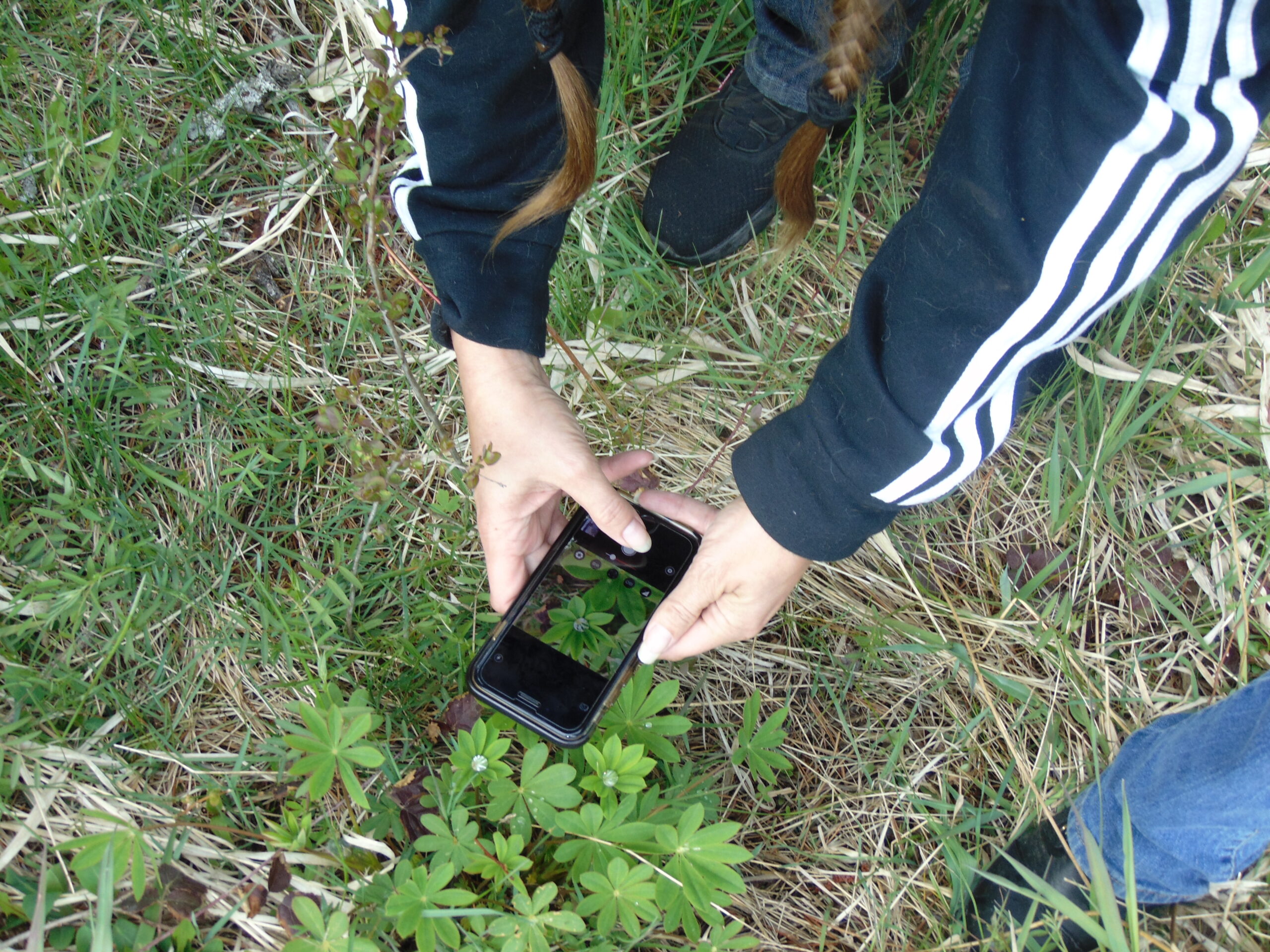 MISTY GRAGE FOCUSES IN WITH THE INATURALIST APP DURING THIS SPRING’S BIOBLITZ. PHOTO BY TRISH GANNON.

Preston Andrews, who collects samples on Morton Slough, loves seeing the changes in the slough throughout the sampling season. “There are osprey nests near the slough, so the spring sampling is accompanied by hungry chirping hatchlings. By September the osprey nests are silent and empty, but the slough is filled with the sounds of migrating waterfowl.” The program often needs back-up sampling teams as well as people to help with sampling equipment prep, so Knaack is always looking for additional volunteers.

Known as the “Super Bowl of bioblitzes,” City Nature Challenge is an international CS project that involves over 50,000 participants making over a million observations each year. Bonner County participated in the CNC for the first time in 2021, with 59 citizen scientists making 1,312 observations.

The CNC uses the iNaturalist app for uploading photo and sound observations of local plant and animal life. One area participant earned the coveted “research grade” for her observation of a moose eating shrubbery at the Ontario Street Lutheran Church. After noticing the moose, she drove home to grab her phone, hoping it would not move on. She sped back to the church and “toyed with the idea of getting out of the car and getting closer,” but her better judgment won over her enthusiasm. The photo was taken from the street.

The CNC inspired Tom Bokowy to explore a nature reserve he’d never visited, where he took photos and recorded bird sounds. He and his family also enjoyed the riddles the local CNC team posted on the whereabouts of their mascot Sassy the Sasquatch.

CNC observations have been used in hundreds of scientific publications. The most immediate importance of local CNC data is that new species can be found, rare or invasive species can be documented, and local organizations can use the data in decision-making.

These featured CS projects are not the only ones in the Sandpoint area. One of vital importance to forest well-being is the Western Red Cedar Dieback project which is housed on the Forest Health Watch website. It tracks dieback of this iconic PNW species. Besides the local Waterkeeper project, IDAH2O Master Water Stewards trains citizen scientists to understand and monitor water quality in local streams of Idaho and northeast Washington.

The Panhandle chapter of Trout Unlimited has helped the USDA monitor water temperatures in Priest River. The Friends of Scotchman Peak supported the Idaho Fish and Game’s carnivore research, and other citizen scientists assisted the IDFG in its Bears to Bees Climate Adaptation project.

Whether it’s hiking to count birds, paddling to sample water, or walking a trail to photograph flora and fauna, all CS projects have one vital element in common: volunteers. Even if the time available is limited, there’s likely a CS project to fit most every interest.