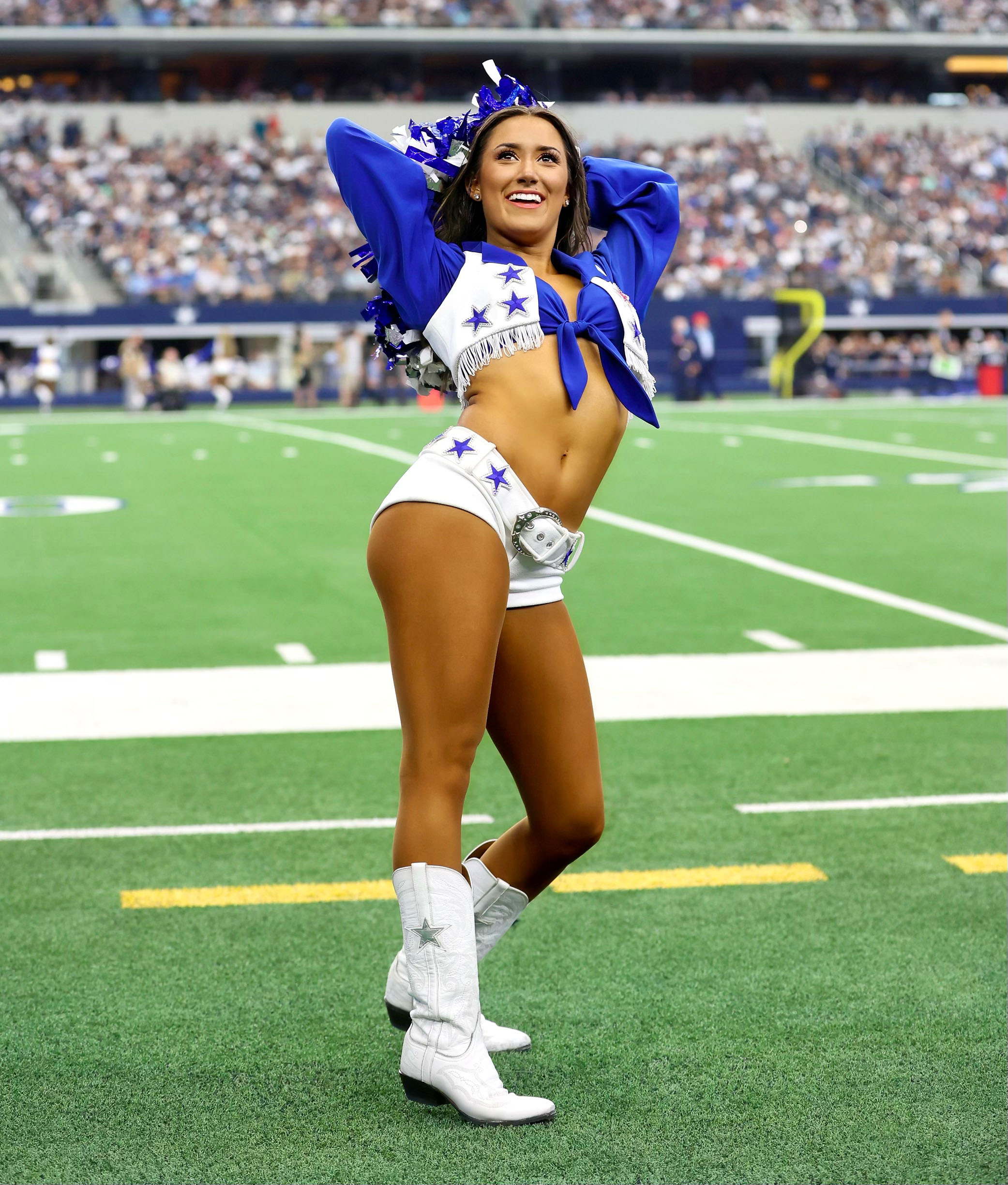 Amber Laiche does not recall a time when she did not dance. It is her passion and something she has worked at her entire life. And it turns out that hard work has paid off. A graduate of the class of 2017 at Sandpoint High School, Amber was named to the Dallas Cowboys cheerleading team in July of last year after an intense process that winnowed nearly 700 applicants to just 36. The training camp tryouts were broadcast to a national audience on the Country Music Television show, “Dallas Cowboys Cheerleaders: Making the Team.”

Amber: I was born in Louisiana and lived there until I was 12 years old. My parents, my two older brothers, and I moved to Sandpoint the summer before I started eighth grade. It was really hard to leave Louisiana. The people at the dance studio there were like my family. We spent all our free time together. I was at the studio five days a week and traveled most weekends to competitions.

How old were you when you started to dance?

My parents enrolled me in dance just before I turned two years old. My mom had always danced, and I went to the studio with her often. I began dancing in competitions when I was about 4 or 5.

I have two older brothers who have always been in sports. I come from an athletic family, and they have all been very supportive of me over the years.

What other hobbies or sports were you involved in growing up?

My parents enrolled me in gymnastics when I was about 8, but each time I came home from class, I danced all around the house. Needless to say, that did not last long.

Dancing has been my passion from early on. Although I’ve always received fairly good grades, there was a time in elementary school when my teacher told me I needed to focus on my grades more as I had the ability to improve them. I told her then that my priority was dance because I knew I was going to be a professional dancer when I grew up.

What was it like to move to a place without a large dance culture?

My parents (Dawnell and Darren) really encouraged me to try out for the Sandpoint Middle School dance team. I loved it and was okay with taking time off from the competition aspect of dancing. At the end of my eighth-grade year, I attended the Sandpoint High School dance show and was blown away. Cindy Smith was the coach then, but she retired the following year. I would have loved to have her as a coach. I made the decision then that I would make the dance team my main focus going forward.

How was team dancing different from individual competition?

It played a large part in developing many of the values I hold today. I learned how to put the team before myself. I was captain my senior year and for the summer leading up to that, we weren’t sure if we would even have a coach. I felt the responsibility to keep the team motivated, and I had to make a lot of important decisions. I grew up and matured a lot during that time, and I knew then that I wanted to dance for the rest of my life.

How did college lead you to the Dallas Cowboys?

College dance was amazing. It was a year-round sport because we danced at football, basketball, and volleyball games. 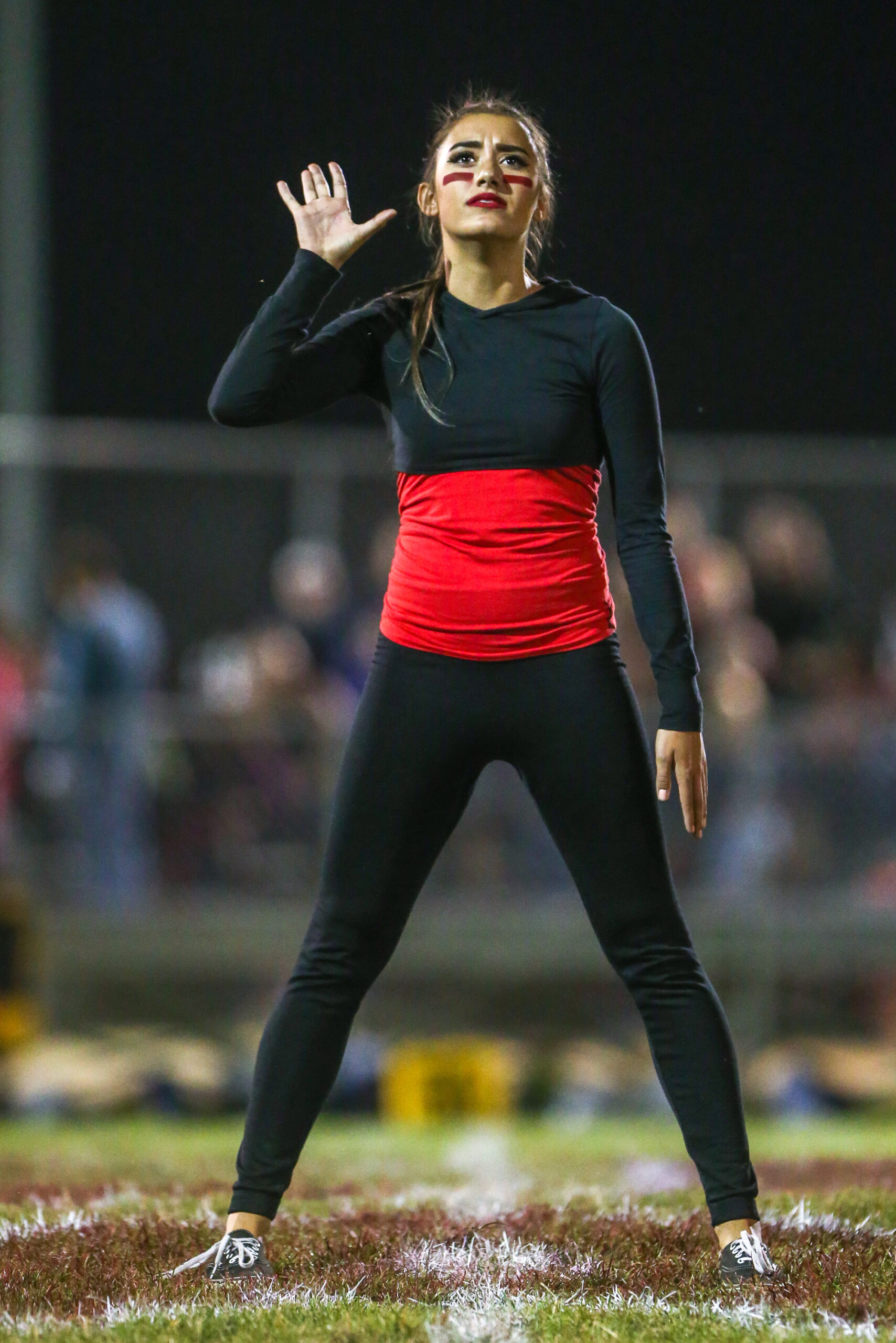 How did you prepare for tryouts?

COVID-19 consumed my senior year of college. The dance team was only able to perform at two football games. While that was very unfortunate, it also offered me the opportunity to dedicate that year to training and preparing for my auditions.

I focused on workouts and changing my diet, studied the Dallas Cowboys Cheerleaders organization, and followed current and former DCC online.

I was really dedicated to my workouts and stretching, something that is extremely important in dance, and I also enrolled in virtual DCC preparation classes. One was led by Jennifer Amburn each Thursday and Saturday. It actually isn’t just focused on preparing for the Dallas Cowboys Cheerleaders auditions, but it is also for anyone who wants to pursue professional dance.

What was the tryout process?

It was an extremely long process that began in April of 2021. During the first round, we sent in a short video of our dance skills (to showcase what we could) offer the team. I believe there were almost 700 women who submitted videos at that point.

Once I received confirmation that I made it to the second round, we were provided with dance choreography by the Dallas Cowboys Cheerleaders organization and were required to produce a video of that. We were given 48 hours to do it.

When did you learn you would be
attending Training Camp?

I was two weeks out of college when I received the notice that I made the second-round cut and was heading to the DCC training camp. I made a quick trip home from Missoula to Sandpoint to say goodbye to family and friends before flying to Dallas. It was a whirlwind.

The organization put me up at the Gaylord Resort. I arrived two weeks before training camp began.  I woke up early each day and traveled to a local gym. They provided us with over 20 routines we had to learn prior to training camp. So I had to put in a lot of work.

Back at the hotel I would continue to jump, kick, and work on perfecting all the dances. We had to have hair and makeup “game day ready” before arriving to practice. There were five other women staying at the same hotel so we carpooled to the stadium together and always showed up much earlier than when we had to be there.

What was the schedule for camp?

Because it’s a requirement of the Dallas Cowboys Cheerleaders organization that all on the team be employed, the veterans showed up to training camp following a long day at work. Our sessions would go from 7 pm to 11 pm and sometimes even later. I am so grateful I was not working during the camp and really admired those veterans who did.

We had Saturdays and Sundays off but most of us committed that time to practicing on our own.

Did you grow up being a football fan? Were you a Cowboys fan?

Growing up in Louisiana, we were all New Orleans Saints fans. But my dad told me shortly after (Saint’s former coach) Sean Payton left New Orleans, that if he became the coach of the Cowboys he would convert! My dad has put on a Dallas Cowboys shirt though, so that was a big step for him!

What did you find to be the most stressful part of training camp?

The most amazing, yet frightening, part of the whole selection process took place over the last two weeks of the competition. I realized then that each candidate there was an incredible dancer and extremely qualified. Any one of us could have been cut due to something minor like a memory mistake. At that point, even the tiny things made a huge difference. No one was safe, and you just had to pray that this year was your year.

What was it like to try out in front of a national TV audience?

Dance auditions have always been a natural for me. But honestly, knowing it was happening on national TV added an extra layer of hype and awareness.

When did you learn you made the team?

We found out on July 30, but because the season finale was not broadcast until November 19, I could only tell my family and a few close friends.  The night of the final selection, my mom was back at the hotel waiting to hear. I Facetimed her and was crying so she really didn’t know if it was good news or bad. Then I held up my uniform and told her, “I did it! I’m a Dallas Cowboys cheerleader!”

The other cheerleaders and I watched the final episode together. We cried and celebrated our accomplishments.

What were your days like once the season began?

We practiced Monday through Friday from 7 p.m. to 10 p.m. with an occasional Friday off.   Once I made the team, I began to work during the days at a local dance studio teaching kids from 3 to 18 years old. I love witnessing young dancers build confidence, memories, and friendships that will last a lifetime, the way dance has affected me.

What has been the biggest surprise, positive or negative, of being a Dallas Cowboys Cheerleader?

Throughout tryouts and training camp, I was so focused on perfecting my routines I never realized the impact the cheerleaders have on the fans and the younger generation.

It really surprised me to see the amount of support we receive from everyone. Kids especially really look up to us. The fans have been the biggest blessing.

What is the role of the Dallas Cowboys Cheerleaders during the off season?

The team meets once a week for Technique Tuesday. It’s a time devoted to sharpen our skills and catch up with each other. But it is the responsibility of each of us as professional dancers to work out, stretch, and take care of our bodies during the off season.

We also do several appearances during the off season. There are one to two appearances each week which usually require two to four of us to attend. My first appearance was the Dallas Cowboys Cheerleaders alumni parade.

What do you think makes the Dallas Cowboys Cheerleaders one of the most recognized dance troops in the NFL?

There is so much diversity among the team. We all come from different places and bring different aspects to contribute. I feel that is what makes the Dallas Cowboys Cheerleaders so iconic.

Do you plan to audition again?

Definitely! This is really a dream come true, and it’s amazing to know I’m going to be part of this sisterhood forever.

Five things I enjoy about Sandpoint

1. Eating a breakfast burrito from Joel’s

4. Enjoying a cup of coffee from Rejavanate

5. A meal from the Secret Thai Cafe