The Panida, turning 100 soon, is ready to start phase two 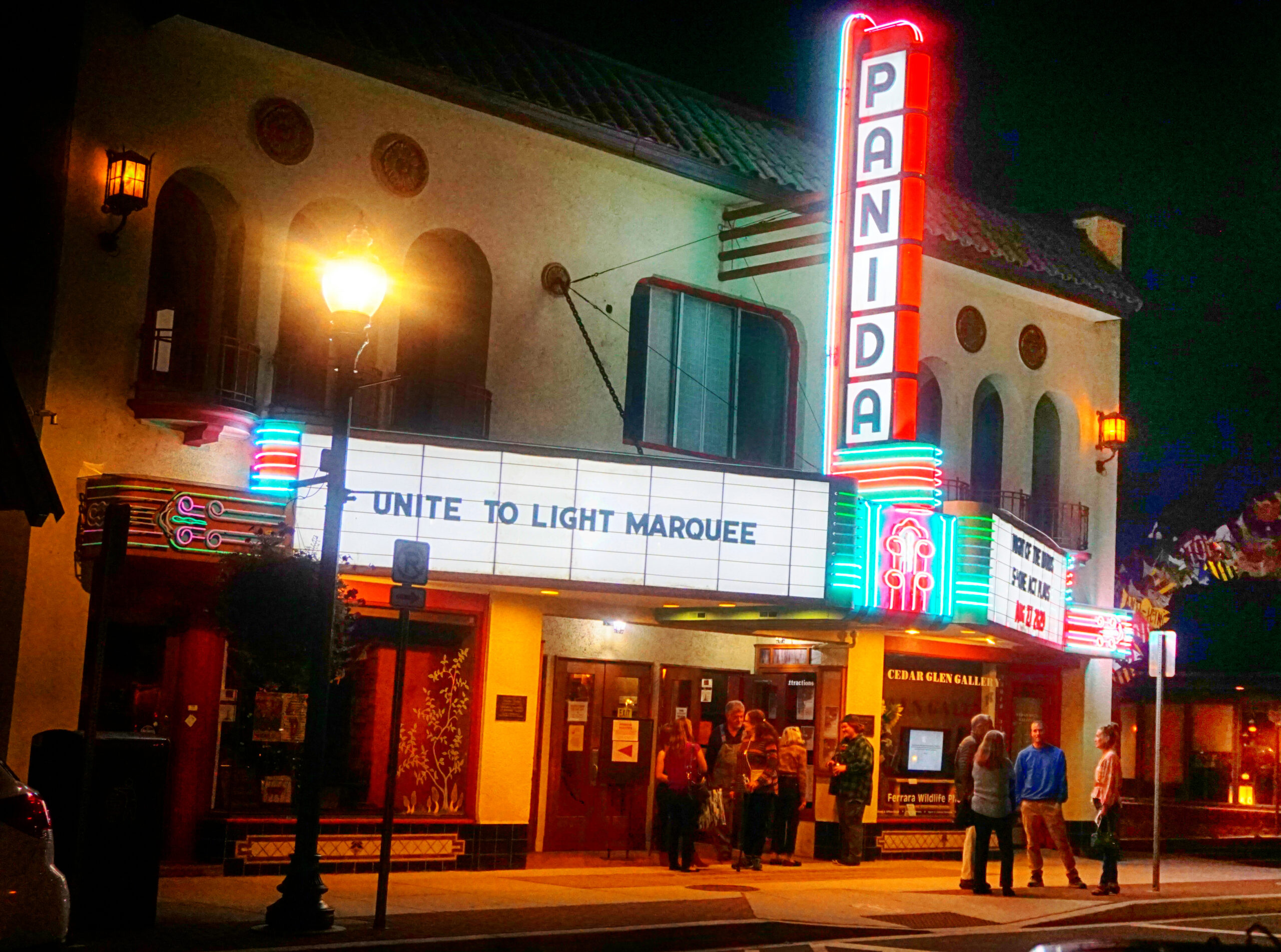 Like many historic buildings that have stood the test of time thanks to the love and care of a community, Sandpoint’s nearly 100-year-old Panida Theater is beautiful. However, it isn’t only aesthetic qualities that elevate a location to beloved status—it’s the memories that are made there.

Susan Bates-Harbuck, Laurel Wagers, and Jane Evans understood this, and launched a fundraising effort in 1985 to buy the failing theater for the community. The three women—dubbed the Panida Moms—were successful in their efforts, raising the $75,000 down payment in just three months. By November 1996, the Panida Moms ceremoniously burned a copy of the mortgage on stage. It was then that the citizens owned the Panida, and have ever since.

Bates-Harbuck recalls being in the quiet theater with Wagers during the height of the effort.

“When we were working so hard to save it, we would both just stand in the empty auditorium and feel all the energy from past performances and audiences and get reinspired,” she said.

The Panida—opened in 1927 and named for the PANhandle of IDAho—has seen its fair share of hardship, with the ongoing novel coronavirus pandemic being a major setback since March 2020.

“The Board is continually wrestling with how to determine what the most prudent avenue is to protect our staff, volunteers, and patrons, support our medical providers, and still offer arts and entertainment to our loyal and beloved theater-going community,” said current Panida Vice Chair Tari Pardini. “It is a constant challenge.”

Still, 2021 has been a milestone year for the Panida, highlighted by the hiring of a new managing director—Veronica Knowlton—in September, as well as successful efforts to repair and clean the theater’s marquee.

Panida Board Secretary Foster Cline led the fundraising effort for the marquee project, but doesn’t want any of the credit. He said that generous community members—along with the Innovia, Equinox, and Confidence foundations—were prompt and enthusiastic supporters of the effort.

“Everybody knows that the Panida lights up First Avenue and is a beacon,” he said. “People have great memories of times they’ve had at the Panida.”

Just as they did nearly four decades ago, the fond memories of past Panida events fuel the community’s hopes for the future. The current board is exploring ways to expand the existing lobby, better utilize the neighboring Little Theater auditorium space (purchased in 2003), and fund large maintenance projects.

“The problem is that both of those buildings are 100-year-old buildings,” Cline said of both the Panida and Little Theater, “and making those kinds of changes is a million dollar undertaking that has to be done in phases.”

However, with the Panida’s 100th birthday fast approaching, there seems to be a renewed push for preservation and enhancement. Cline said he has faith that the broader community will continue to step up for the theater.

“Deep down inside, in people’s souls, they want a place where they can be creative and show other people their creations, whether it’s a play or a story or a lecture or talking together, discussing a classic movie,” he said, noting that the isolation of the COVID-19 pandemic has made that need for connection even more prevalent. “People want to interact, and they may want that more on a subliminal level than they even realize. People need people, and that’s what the Panida is about.”

Part of ensuring that the theater remains a lively facet of the community is keeping an active board, finding volunteers for committees, and providing a variety of entertainment to attract audiences.

“We need our community to continue to support our efforts,” Pardini said. “This includes financial support for the ongoing projects, as well as supporting the commitment and decision-making of the board and staff. We need people of all ages to become involved in the theater in whatever capacity works for them. We realize everyone isn’t necessarily ready or wishing to join the board, but becoming a theater volunteer or joining one of our committees is a great help. The board encourages and welcomes involvement and feedback from our community. We listen.”

Pardini is also optimistic that the gatherings that make the theater so special will once again pack the house.

“I look forward to a time when the theater again becomes the living room of the community,” Pardini said. “Where neighbors can meet and mingle over a glass of wine or beer, share a bag of popcorn, and discuss the current film or event with friends—both old and newly acquainted.”

There’s no shortage of new friends to be made in Sandpoint. As more and more people relocate to the area, Bates-Harbuck said she hopes the theater “continues to find a place in the hearts of all the people who walk through the doors.”

“I hope the new people learn more of its history, what a place it occupies in our lives,” she continued. “Happily married couples started their romance in the balcony, kids went to matinees while their parents shopped, so many people have performed on the stage to such appreciative audiences. I hope people who have recently moved here can build up their own memories of great times at the theater.”

Find out more information at www.panida.org