North Idaho is not immune to the new, nationwide sports sensation. 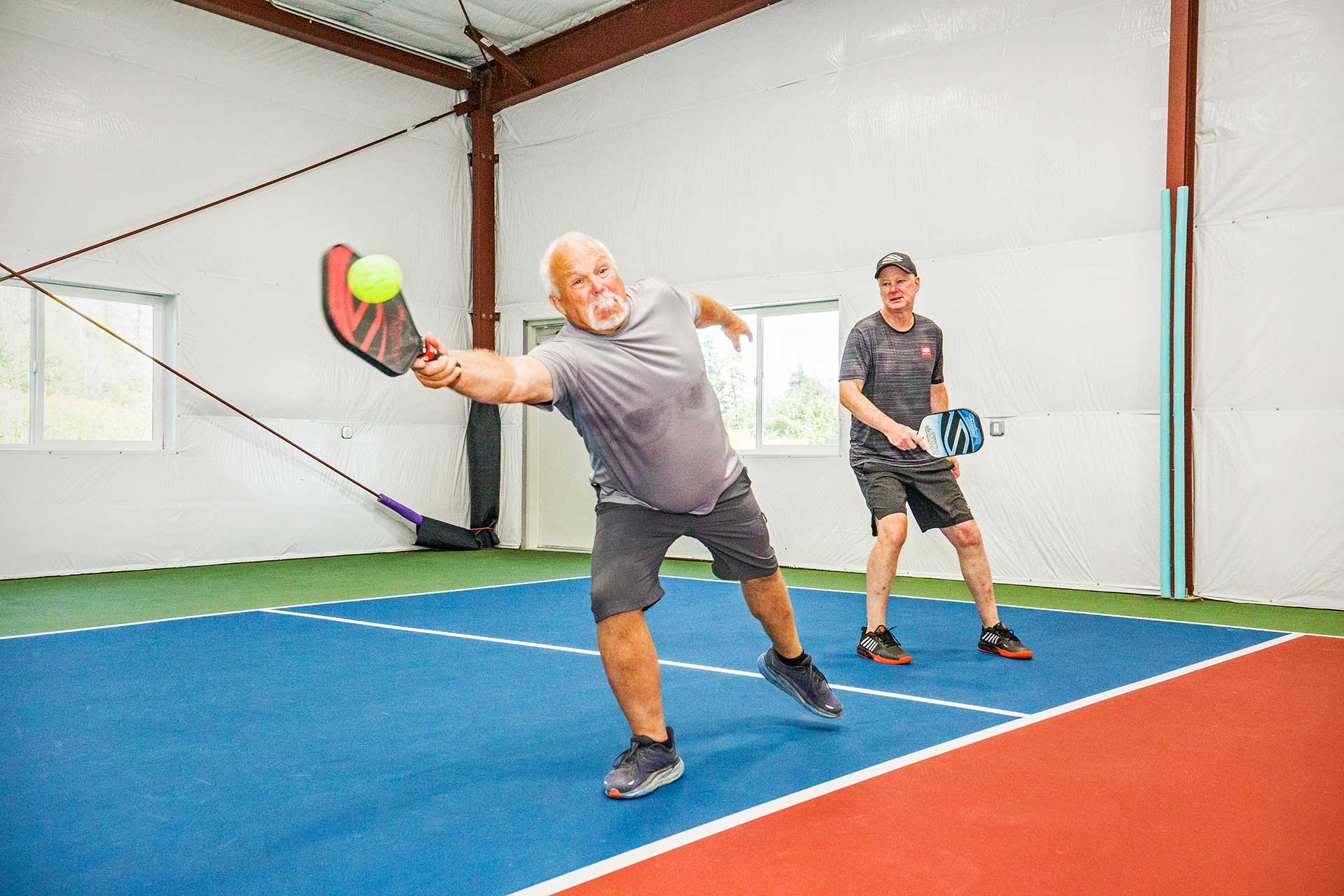 The thing is, it just took a little while.

Named by the Sports and Fitness Industry Association in 2021 and 2022 as the fastest-growing sport in the United States, with 4.8 million players, it’s safe to say that pickleball is a sensation. And it’s one that’s spreading all over the country.

“We’re going to see way more growth in the next three years than what we’ve seen in the previous three years,” Connor Pardoe, Professional Pickleball Association founder and commissioner, told the New York Times. “It seems like every day there’s something new and exciting and someone else that wants to get involved. It’s really hard to even predict three years out.”

So what is pickleball, and why is it becoming so popular? Essentially, it’s a combination of tennis, badminton, and ping-pong. Played with the paddle and a hole-riddled plastic ball, the game takes place on a court a fraction of the size of a tennis court divided by a 36-inch-tall net. Thanks to the wieldy paddles and smaller space to cover, pickleball is more approachable than, say, tennis, allowing the less athletic to enjoy a game without trepidation.

“I think that’s the reason it’s gained such popularity—it is reasonably easy for people to learn to play it,” said Nancy Schmidt, a local pickleball enthusiast. “It’s an easy sport for people who don’t have an athletic bone in their body to pick up—more of a social activity, really.”

It’s also a sport with roots tied to the greater northwest. Invented in 1965 by Joel Pritchard and Bill Bell in Bainbridge Island, Washington, pickleball has since been adopted as Washington’s official sport. As for the slightly puzzling name, sources vary, according to the U.S.A. Pickleball Association. One story credits the name to Prtichard’s wife, Joan, who said the combination of sports influences reminded her of a pickle boat, while another claims that Bell took inspiration from his dog, Pickles.

Regardless, pickleball is earning a reputation as a fun, easygoing sport that almost anyone can enjoy. And according to devotees, the pickleball social scene can’t be beat.

But according to Don Helander, former co-owner of Sandpoint West Athletic Club, pickleball got off to a rocky start in North Idaho. He decided to convert some courts to pickleball in the late 2000s at the request of some patrons.

“There were people in town who wanted to play pickleball—there was no other place to play, really,” he said.

Handball was a major sport at SWAC at the time, buoyed in part by the enthusiasm of former NFL star Jake Plummer. And the usual handball crowd came to embrace pickleball as an alternative activity, Helander said.

“In the evening, just to play something different, we would go out and play pickleball, and these were just phenomenal games. Just amazing games of pickleball,” Helander said.

Despite that, the sport struggled to catch on with the broader public.

“We created a different type of guest fee for people to come play pickleball, but we couldn’t get anyone to come out and play,” Helander said. “It was like pulling teeth.

“It never really got off the ground. It was a humble beginning, really,” he added.

What a difference a decade and change makes. According to local enthusiasts, pickleball fever has hit Sandpoint just as hard as the rest of the country. And the city is responding. With the announcement that Sandpoint was the recipient of a $7.5 million donation from the James E. Russell family for a sports complex, the city is planning to significantly expand the number of local pickleball courts.

But what about existing local pickleball options? For years, Sandpoint residents’ pickleball options were limited, particularly in the wintertime when indoor courts were required. Enter the Ponder Pickle Pad. One homeowner saw an opportunity to install pickleball courts in a property after tenants left, and Tish Litven was the right person to manage the project.

“There wasn’t any competition at the time, so I just thought, how fun to be the one behind this,” she said.

The Ponder Pickle Pad is a private pickleball club that operates via membership dues. Open since July 15, the pad offers both private pickleball games with reserved court time and public games where members form more spontaneous play groups, plus clinics for members to build up their pickleball skills. According to members, the public games are often some of the most fun pickleball has to offer and a great way to make friends.

“Pickleball is a kind of funny thing,” Schmidt said. “If you know people will show up between 8 a.m. and 12 p.m., you just show up, and people will go in to play four at a time.”

To become a member, the easiest method is to email [email protected] or find the group on Facebook. Due to insurance requirements, membership is restricted to players 18 and over, and the annual fee is $125, plus $45 a month if you purchase three months at a time. Members can play up to nine and a half hours a day maximum—surely enough for even the most devoted pickleballer.

With all that said, the question remains: Is pickleball a fad, or is it here to stay? Well, no one can predict the future. But for local pickleball fans, they don’t see the sport going away anytime soon.

“It’s not going anywhere,” Schmidt said. “If anything, it’s just going to get bigger.”