Fun and fiasco at an historic watering hole

“There ain’t no such thing as a free lunch,” but there was once free dinner in Sandpoint. From 1979 to 2001, the “be-there-or-be-square” event was Free Food Fridays at the Hydra Restaurant. The Hydra is still at the corner of Lake and Second. FFF is not. While it was, Carolyn Sorentino notes, “It brought us all together to start our weekend. Thank you, Ralph!”

“Ralph” was Ralph Hefley, who carved and served mid-rare baron of beef while fish filets jumped onto our plates to swim in tartar sauce. The baron and fish were joined by barbecued chicken. Lasagna. Ribs. Spaghetti. Asian food. I don’t remember vegetables—I’ve always valued protein over greens — but Karen Hefley assured me there were salads, slaws, and green beans. Not that romaine has no place in my life, but mid-rare roast with horseradish? Mmmm.

The two who instigated FFF had that “this is the place” experience while traveling through Sandpoint in 1974. “We bought some land in 1975,” Karen said, “put up a tent and built an outhouse.” They both went to work at the Hydra the day it opened. Over the next few years, they leveraged sweat equity into a 49 percent interest. In 1981 they acquired the restaurant.

FFF had been underway for two years. “Ralph’s idea was to develop a local and loyal clientele,” Karen said. It worked. FFF ran until a few months after Ralph died in 2001. 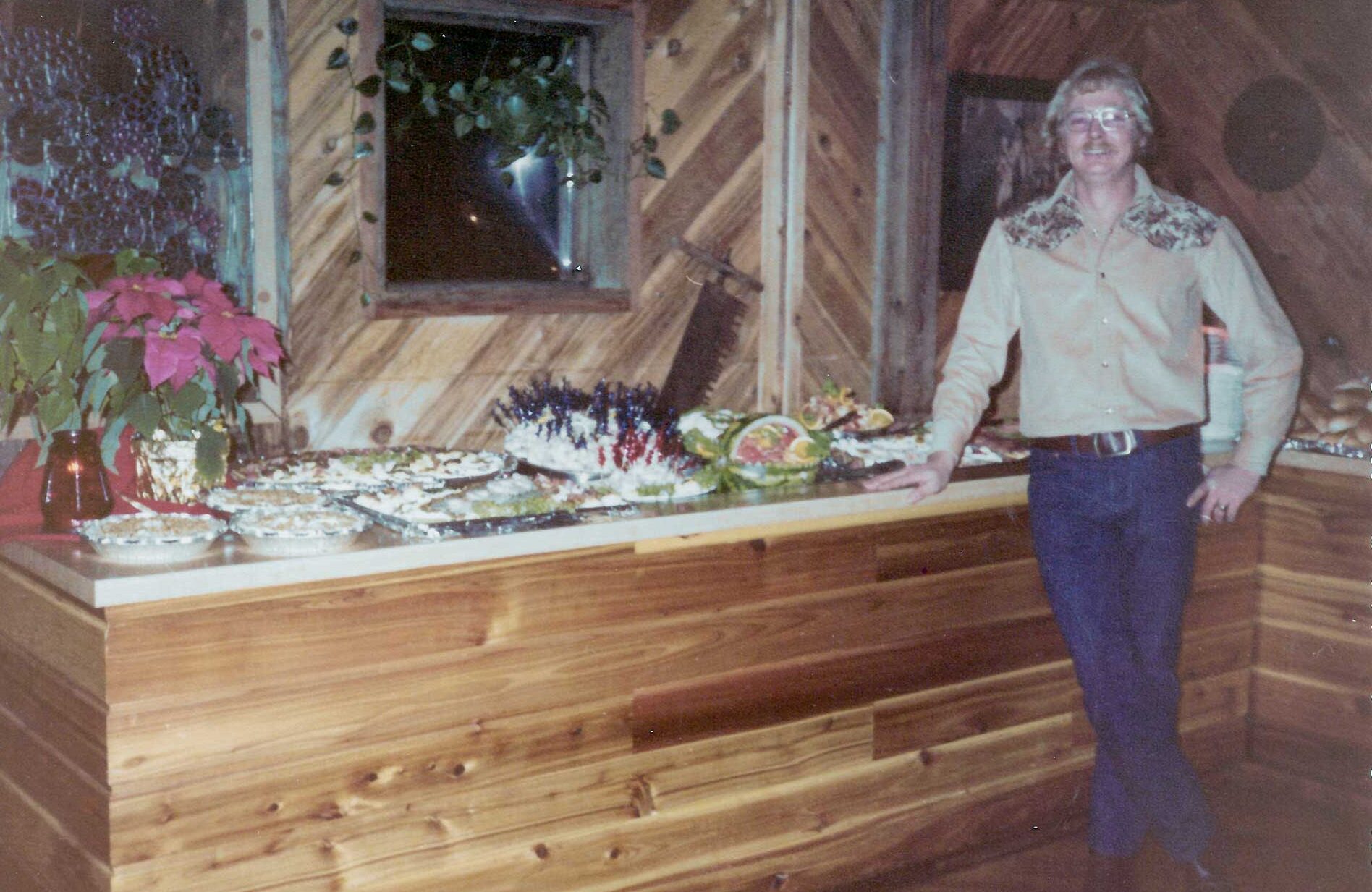 RALPH HEFLEY IN FRONT OF ONE OF THE MANY BUFFETS HE PUT OUT FOR FREE FOOD IN THE BAR.

They also brought their son Shaun to work. He recalled another “F:” “fiasco.” “I worked in the dish pit with the planet’s oldest dishwashing machine,” he said. “There was no way to keep up. On Fridays, we’d have bus tubs stacked to the ceiling.”

Shaun eventually began preparing and serving FFF. He told great stories about patrons who took it too far; handbags lined with garbage sacks and a guy who tried to sneak out sliced ham under his ball cap. “He turned purple when I busted him.”

Jesse Jennings frequented FFF in the ’90s. “It was free,” he said, “but it was never looked at as charity. It was a community event based around having dinner; a moment when people from many walks of life got together and had something in common.” 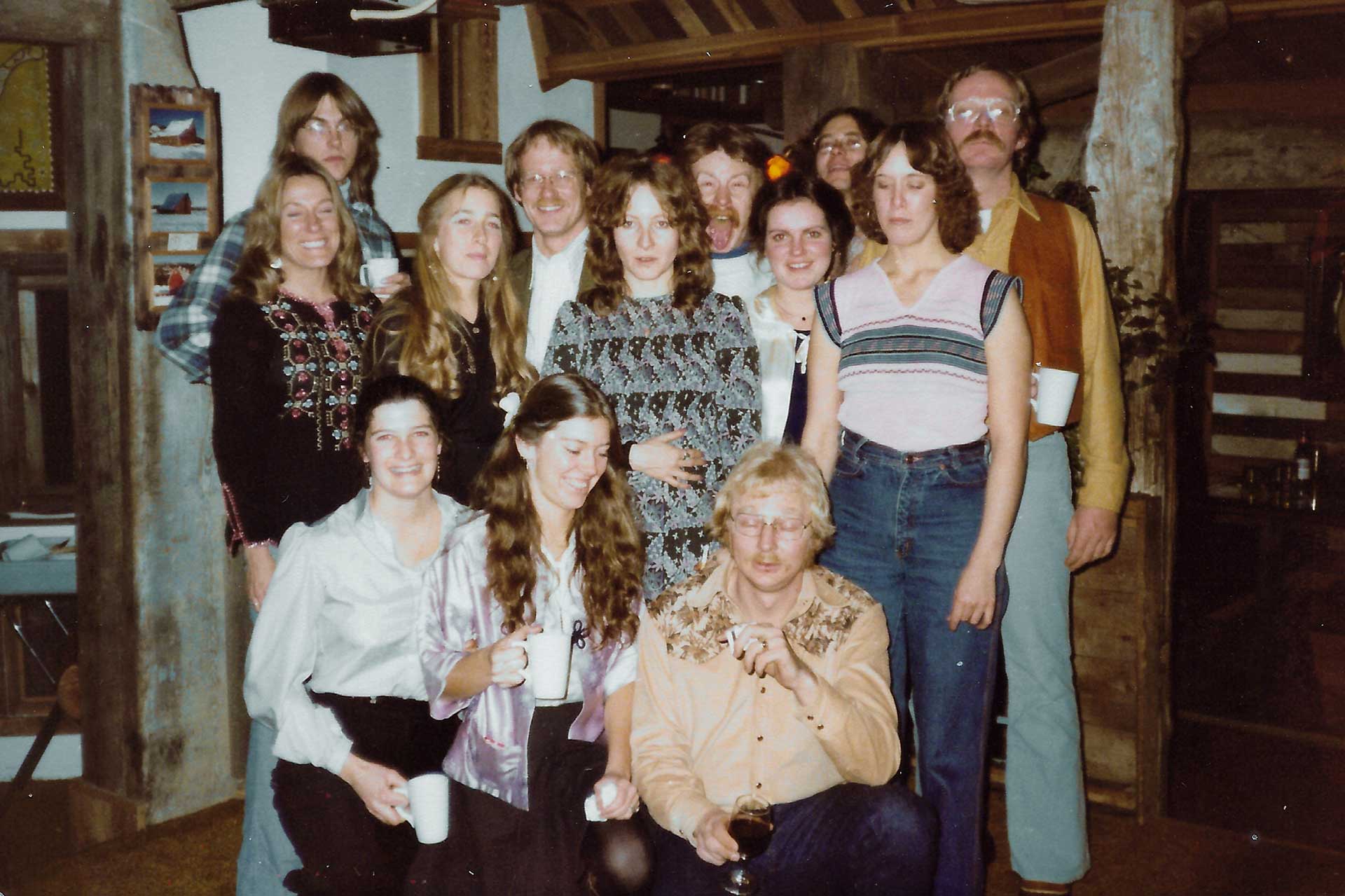 Providing the mandatory drink was the legendary John Conlon. With the possible exception of Ron Sipes, who opened the 219 daily at 6 am for decades, John probably lit more smokes, told more jokes and served more drinks than any bartender in the history of Sandpoint. His stint at the Hydra was a long-term deal. “He contracted to run the bar,” Karen said. “It was his place, Monday through Friday.”

Stephanie and Mike Brown fondly recall FFF, as well as Taco Monday, Build Your Own Burger Tuesday, and Spaghetti Wednesday, all affordable, all good, and all Ralph’s ideas. “For a lot of people then, there wasn’t a lot of money,” Stephanie said, “so it was a sort of public service—and good advertising.”

In Sandpoint fashion, dogs showed up, including an Airedale with a ski pass and the Browns’ dog, Ralph. Dogs weren’t supposed to be on the deck hosting FFF, and Stephanie delighted in saying quite loudly, “Ralph, get off the deck.” The canine Ralph was female, by the way.

Annette Smith Jacobs was a waitress at the Hydra in 2001 and remembers FFF not so fondly as some. “People who came for free food were not such great tippers,” she said. One man would come mid-afternoon, order a refillable glass of ice tea and hold a table until his friends arrived after work; somewhat of a cheat, and certainly not in the original spirit of FFF.

“It did a lot for the Hydra,” Shaun said “and the community. The economy was bad. Some folks fed their kids out of that line. We knew. If that’s what they were doing, it was fine with us.”

All good things come to an end. Ralph died in 2001 and the restaurant changed hands. “We continued it for a while after Ralph passed to honor him,” Karen said, “but the culture had changed. It wasn’t so much fun anymore.”

“The main thing I learned out of that experience,” said Shaun, “was to treat everybody the same. The status badges we wear don’t define us. If you ever wanted to see a huge mix of people come together and enjoy the same thing, that was Free Food Friday.”