Somewhere Between Hiking and Climbing 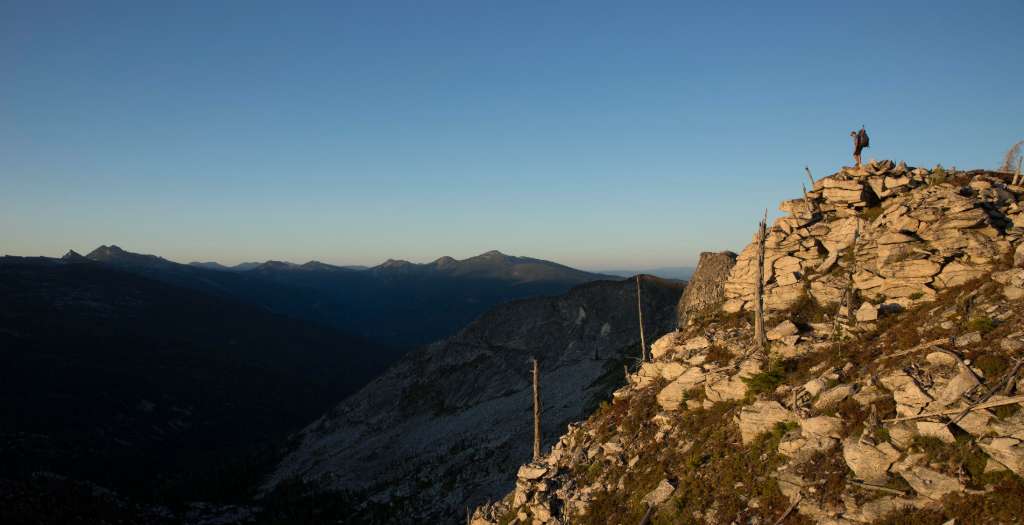 The sun is hot on your back as you make the final ascent. Feet find new rock, and leaning forward, so do your hands. Knees bent, nearly in a crawl, rough granite and green moss disappear behind you with each step. Soon, the horizon reappears and you’re able to stand up straight, finally at the top: Packsaddle Peak, looking out at Lake Pend Oreille from behind the Green Monarchs.

That final stretch of trail required something different than simply hiking, but without demanding any serious climbing gear or skill. The final stretch required rock scrambling: a form of mountain travel where one must use both their feet and hands to reach their destination.

White emphasized the differences between free solo climbing, traditional climbing—also known as “trad climbing”—and scrambling. Free soloing is when a climber tackles a vertical, technical route without the use of ropes or protective equipment. Trad climbers do use harnesses and ropes, also tackling vertical terrain. Scrambling is meant for non-vertical areas where a fall might still hurt, but is unlikely to be fatal.

“I would hate for people to … think free soloing is something normal people do—it’s not,” White said. “Trad climbing requires ropes because the route is too dangerous without them and a fall could be fatal. In scrambling, a fall isn’t going to kill you.”

Very rarely will a local guidebook feature locations dedicated specifically to rock scrambling. However, the activity can often be incorporated into treks on regular trails. For instance, North Idaho trails often lead to mountain lakes, where the shorelines are peppered with large granite boulders—perfect for scrambling.

Sandy Compton, longtime program coordinator for Friends of Scotchman Peaks Wilderness, named Kootenai Falls in Montana, the rocky ledges around Gold Hill and Green Bay, and the top of the Mickinnick trail in Sandpoint as some great locations to do some scrambling. He also noted that there is ideal terrain in the Selkirk Mountains, particularly the off-trail traverses along the Selkirk Crest. 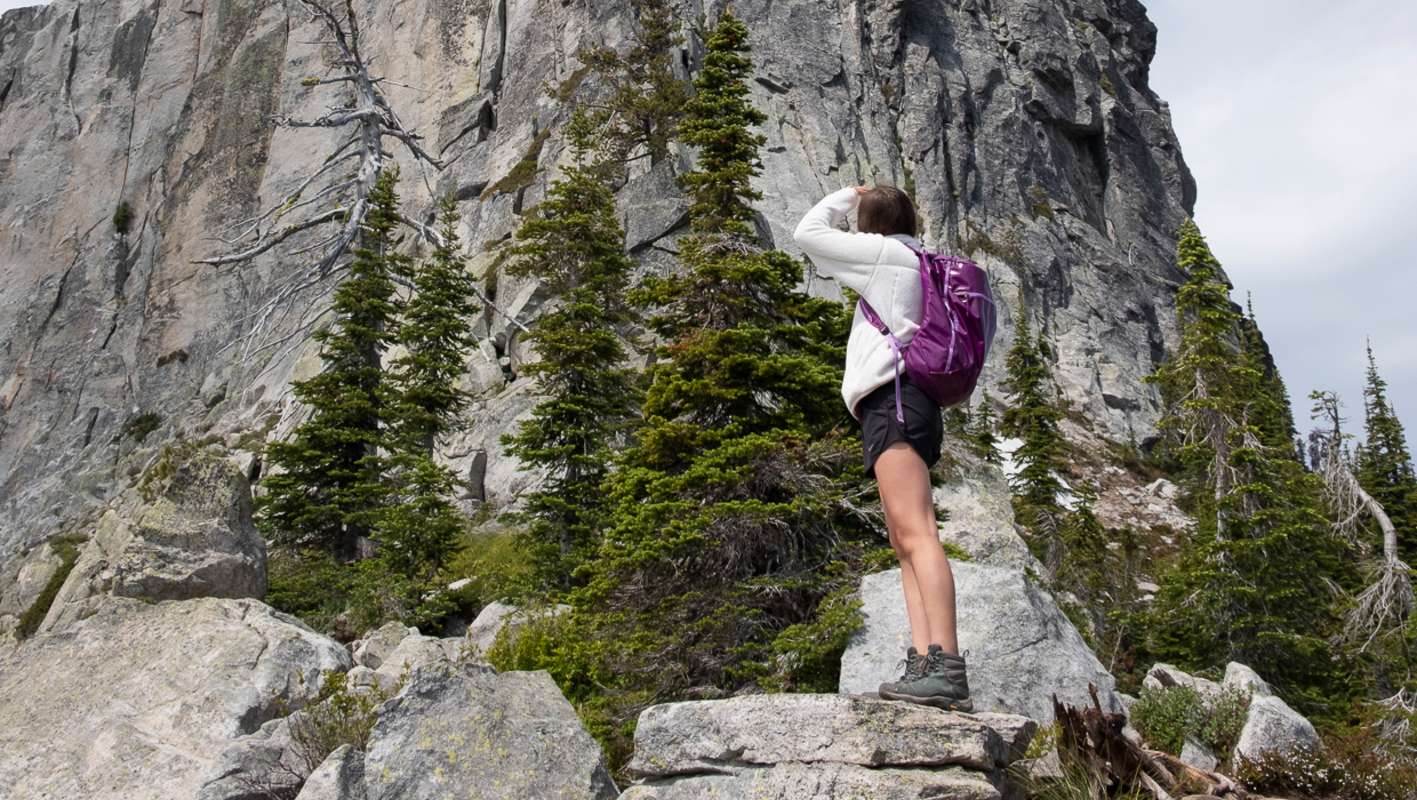 The most tempting scrambling areas can often be found just off established trails. When accessing these areas, use caution and leave no trace.

Compton said he prefers “stout boots or hiking shoes with good soles for gripping.” He said gloves are a good idea for people with tender fingers, and long pants for those with easily abraded knees.

“I think it’s important to be able to feel the rock as much as possible through your footwear,” Hicks said, adding that her children often scramble barefoot.

Regardless of footwear, Compton said perhaps the best way to be a prepared scrambler is to plan a descent route.

“Going up can seem easy,” he said. “Going down via the same route is often more challenging, so it’s good to think about your return route before you start up.”

Scramblers would also be wise to consider their relationship with heights before hitting the trail. Though scrambling should not be done on vertical surfaces, that doesn’t mean some mountainous scrambling regions won’t boast ridges and slopes with views into deep valleys and ravines.

In an area where outdoor recreational opportunities abound, why not try the free-spirited and physically challenging activity of rock scrambling?

“[It’s] very much Type II fun,” Compton said, referencing the different classifications of fun typically used within the recreation community. “Type II fun” refers to excursions that were miserable in the moment, but actually enjoyable once the adventurer has some time to reflect.

White agreed—part of the fun with scrambling, when compared to trad climbing, is the lack of gear needed to participate.

For Hicks, rock scrambling provides a fun, new challenge for everyone in her family, setting it apart from hiking.

“As a family we are always on the lookout for rocks to climb on and scramble up because it’s so fun,” she said.

Hicks said everyone in her family is able to find a way to participate in a scramble, no matter their different skill levels.

“I think scrambling is a great way to develop self-awareness and confidence in what your body is capable of,” she said.