She considers herself a “performing arts junkie.” Marilyn Sabella was first introduced to street music in Seattle when she was a little girl, and she was hooked. Her love for live performance has benefited Sandpoint and its environs now for decades.

Sabella’s work and influence has contributed to Sandpoint’s reputation for excellent cultural and musical performances at the Panida Theater and the Festival at Sandpoint.

Born Marilyn Dalby, she attended schools in Sandpoint, where her father owned the Signal Oil service station and bulk plant, which later became Exxon. Her mother taught piano lessons and the entire family were avid skiers, starting the first year Schweitzer opened in 1963. She recalls one spring day when she and friends skied on the mountain and then came down to City Beach to swim in the lake. She is still very active, walking miles each day with friends.

From fourth grade to graduation, the late schoolteacher Marian Ruyle taught Sabella cello and was her orchestra instructor. “She piqued my interest in the performing arts,” she said.

Sabella married while in college at the University of Idaho where she earned a teaching certificate and a B.A in English. “When my sons David and Peter and I moved to Sandpoint, there weren’t any teaching jobs available. I substituted, but the pay was $17 per day. So I went out on a limb, borrowed some money, and opened Eve’s Leaves in downtown Sandpoint,” she said. The women’s clothing store turns 39 this year.

Sabella served 12 years on the Idaho Commission on the Arts and worked to create a tri-state partnership with Oregon and Washington—Arts Northwest—that helps facilitate performing arts touring among the three states. She also established the Holly Eve fundraiser almost 40 years ago, which has raised over a million dollars to date to support various programs in the community.

She served on the Pend Oreille Arts Council board and booked their Panida performance series as well as the memorable free outdoor concert series, Sunday Concerts on the Lawn.

“For POAC, I loved to book dance companies such as Gran Folklorico de Mexico and Caucasus, a thrilling Russian company. It was also really cool to book Western Opera Theater, which was the touring company for the San Francisco Opera,” she said. “POAC presented San Francisco Opera 19 consecutive years. Because the Panida stage was the smallest they performed on, their sets were designed to break into smaller versions to accommodate us.”

A charter member of the Festival at Sandpoint, Sabella has served as vice president and president of the board. She usually attends every concert, including the family concert. “My favorite shows were Tony Bennett, Mark O’Connor and Boz Skaggs, but I must also include Natalie MacMaster and Pink Martini; and of course, the Spokane Symphony!

“Although I studied piano with my mother, cello with Marian Ruyle, creative writing and drama at college, and sang in ensembles and choruses, I am not an artist, though my sister, Susan Dalby, is an amazing watercolorist and glass artist. I think that my best talent has been getting artists and audiences together,” she said. 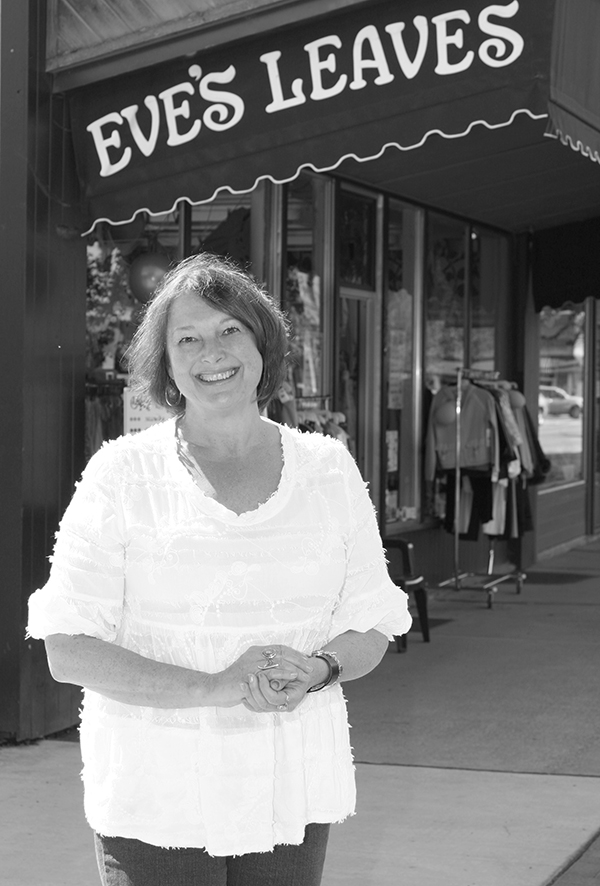